The Goal Of The Certification Exam

With so many vehicles on the road these days the chances of accidents have increased exponentially from the 1970s when a set standard was first implemented for ambulance personnel on the roads. An EMT need to have the necessary skills and knowledge to save a life within the critical first hour after an incident and also needs to know how to get to the scene of the incident quickly and safely. Since the time when EMTs first were introduced to the medical profession, a number of new conditions and emergencies have also arrived on the scene.

The goal of any exam is really to test how much a student has learned during their course and if they can apply what they have learned, which is why the same applies to the EMT certification exam. The industry has set standards to which the EMT must comply and the best way to see if the student is on that set standard, is with an examination which is theoretical and practical in nature.

Once the EMT exam has been successfully completed the candidate will be competent to save someone’s life when they are possibly busy dying. Making sure that all EMT personnel are competent is for the protection of the public that may need their services. Having one set examination standard also makes sure that all EMT personnel are on the same level of competence giving the public assurance that they will get the same level of care from any ambulance service they call.

The Format Of The Exam 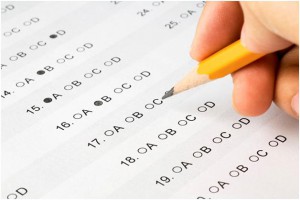 The Exam is in the form of a multiple choice exam and the level of your training will determine how many questions you will be answering. In the interest of security of these tests they are now being done on a computer based system. The tests are delivered online which cuts out the possibility of them being stolen or lost in the postal system.

The test is set in such a way that the question that comes up has to be answered and the candidate cannot skip it and come back to it later. By skipping a question, the system calculates your level of skill and will either follow up with a more difficult question after a correct answer or with an easier one following an incorrect answer or a skipped question.

There are usually four answers with each question and if the question is read correctly, two of these can be eliminated straight away. The more correct answer of the remaining two will then be marked as a correct answer.

Requirements Before You Write

The EMT certification exam has not been set up in a way to make sure everyone passes. The questions will place the candidates according to their knowledge and skill.

There are a few things to do before writing to increase success:

The test has been set up in a way that you cannot cheat the system. Your level of skill will be determined by the exam. There are a few things that are uniform during each exam.

The basic skills that you will learn during a first aid course are extremely important. These will include knowledge of:

Even though textbooks are kept up to date with the industry standards, these are generally an interpretation of the standards that are set by the National Registry of Emergency Medical Technicians. The EMT certification Exam contains a number of questions that are based on NIMS or the National Incident Management System which prepares medical personnel for incidences of any magnitude from a small vehicle accident to the scale which was seen at the attack on the World Trade Center. A student that reads up and studies these standards and techniques will have an edge over the other students taking the exam and will increase his or her chances of passing the exam at a higher level of skill.

The goal of passing the exam is not to do better than the others in the class, but having a higher level of skill and knowledge will prepare the candidate better for any situation and will secure employment at any facility.

When employers are looking at the student’s certification, they will not be looking for someone who has passed with the minimum requirements.

What Will The Candidate Be Rated On?

In order to pass the EMT certification Exam the candidate will need to achieve a level of competency in each category that the Computer Based Testing system tests them on. There is no set percentage that needs to be achieved in order to pass as the computer program will assess the candidate’s skills and knowledge by the difficulty level of questions asked and answered. A psychometric test has been built into the questionnaire as well which will ascertain the candidate’s personality strengths and weaknesses which will show whether the candidate is mentally ready for the job as well.

Apart from the computer based testing, the candidate will have to prove their skills in the field as well during a practical examination where the candidate will be given a scenario and will then be rated according to how they react and what procedures they follow. 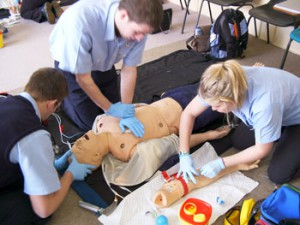 Should the candidate fail to act and react in the proper manner, they will have to reapply to do the practical again as they will not be given a second chance immediately.

Should the candidate not be able to complete the EMT certification examination successfully the first time they will be granted chances to rewrite the test. If the candidate does not improve in skill or knowledge, they will be rated at the same level of competency. There is no way to cheat the system by learning the answers to questions already asked. The bank of questions in the system is on such a scale that the chances of getting the same question again are microscopic. The system will rate your level of competence based on your answers and if the candidate is not able to answer questions on a higher skill level, they will be failed again. The only way to achieve a higher level of competency is to study and to read the questions properly to make sure they are understood and placed into proper context.

Once the EMT certification exam has been passed, it is of utmost importance to ensure that the personnel stay updated with the latest techniques and up to standard with the regulations that have been put in place to ensure the safety of patients. For this reason, EMT personnel have to rewrite their exams every five years. The EMTs level of skills will be rated then and promotions will be based on the test scoring of these examinations.

The best way for an EMT to retain their licenses is to keep up to date with the latest NREMT standards and techniques and to implement these procedures in their daily work.

All You Need To Know About Social Worker Requirements

How To Prepare For The LPN Entrance Exam