The short answer to that question is yes, there is definitely a nursing shortage in America, and that is not going to change any time soon; in actual fact it may get worse before it gets better. This is expected to happen once the baby boomers get to the age that they will require more nursing care.

According to the American Association of Colleges of Nursing (AACN), universities and nursing colleges across the country are struggling to increase their enrolment levels to meet the ever-rising demand, especially for Registered Nurses (RNs). AACN is working in collaboration with policy makers, schools, the media, and kindred organizations to focus attention on the nursing shortage and to enact legislation, identify strategies, and form collaborations to address it.

According to the above figures, there can be no doubt that there is definitely a nursing shortage, and unless something drastic is done, it is set to get far worse, with analysts stating that all fifty states will experience a nursing shortage by 2015.

What Is Impacting The Nursing Shortage?

The sad truth is that nursing school enrolments are not growing sufficiently to meet the projected demand, particularly for registered nurses. Although there was an approximate 5% increase in enrolments in 2011, this is totally insufficient to meet the demand. Compounding the need for RNs and Advanced Practice Registered Nurses (APRNs), is the implementation of the Patient Protection and Affordable Care Act in 2010, which will account for in excess of 32 million Americans gaining access to healthcare services in the near future. 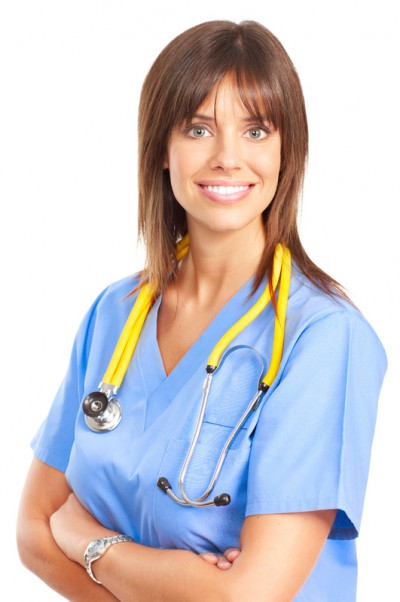 Average Age Of The Registered Nurse

Negative Effects Of The Nursing Shortage

Whilst many individuals may feel that the nursing shortage is a positive thing for job creation, this is not particularly so, especially if those positions cannot be filled by qualified healthcare workers.

The truth of the matter is that the shortage in the nursing fraternity is creating a situation wherein patients are suffering from a lack of professional and dedicated care. This is not only due to the fact that there are insufficient nurses, but also due to the fact that the nurses that there are need to work longer hours under very stressful conditions. This means that there is more chance of them suffering injury or fatigue, making mistakes in care or medical dosages, which could lead to injury or even death of patients.

Higher nursing staff levels result in better care for the patients, shorter hospital stays, fewer deaths, lower rates of infection, and lower failure-to-rescue incidents. The New England Journal of Medicine published findings of a study done by Dr. Jack Needleman and colleagues in March 2011, wherein researchers studied an analyzed the records of approximately 198,000 patients that were admitted to 43 patient-care units at large academic health centers, and 177,000 eight-hour nursing shifts. This study indicated that the mortality risk for patients in understaffed units was about 6% higher than in fully-staffed units.

A growing body of research draws direct links between baccalaureate-prepared nurses and lower failure-to rescue and mortality rates. Whilst nurse-aides and licensed practical nurses can do many of the tasks required in caring for patients, baccalaureate-prepared RNs are fundamental in the care of patients in various medical disciplines such as cardiac care and surgical units amongst others.

Strategies To Address The Shortage

The AACN and various other stakeholders are at pains to formulate strategies that can positively address the nursing shortage, including the expansion of the nation’s centralized application service for RN programs, NursingCAS, to include graduate nursing programs. This strategy was implemented to address the almost 55,000 vacant seats in baccalaureate and graduate nursing programs.

If There Is A Nursing Shortage Why Can’t I Find A Job?

This is the question on the lips of many newly-qualified nurses, and the answer is relatively simple and straightforward; many of the nursing positions that are available call for a higher level of education and technological comprehension. Although there are many newly qualified nurses and the job-market is difficult, the problem is that many of these individuals have only done a short course and do not have the skills required.

In order to make themselves more employable, newly-qualified nurses should add some business courses, informatics or technology to their qualification. Although there is a nursing shortage, doing a quick online course of about 6 weeks is not going to help much, as it will not make you marketable to the healthcare institutions that have shortages or for the positions that are vacant.

There are many really good short courses which are offered by reputable institutions, and these generally include administration, computer skills or other technological training, and offer various tracks for expedited training.

So, the answer is clear; America needs more nurses, but it needs more highly-qualified nurses who can fill the more senior positions, thereby allowing the current senior staff to move over into administrative and educational pursuits, which will in turn help to train more baccalaureate and graduate nurses, which will slow down and eventually completely address the nursing shortage that the U.S. is currently experiencing.

What Are Your RN Salary Expectations?

Facts About RN To BSN Programs

What Can A Certified Nursing Assistant Earn?

What Are Accelerated Nursing Programs?