The purpose of the LPN Board of Nursing is to protect the public by enforcing state laws governing the safe practice of nursing. Their job is also to set standards for the approval of nursing schools in the different states and to determine the scope of practice of licensed nurses.

Each state has their own Board of Nursing. The Board of Nursing also examines the applications of graduate nurses who request to be licensed after passing the NCLEX examination. Responsibilities of LPNs vary from state to state, making it important for nurses to know the regulatory requirements for nursing as well as the Nurse Practice Act in every state that they choose to practice in.

What Is The Nurse Practice Act?

Each state has a law called the Nurse Practice and you, as an LPN, will need to comply with the laws and rules if you want to keep your license. Boards have statutory authority, and these are specified in each state’s Nurse Practice Act, allowing the Board to take certain types of action for violations. You should take note that the wording of the Nurse Practice Acts varies throughout the different states, but you can always look at the Grounds for Discipline which appear in the Nurse Practice Act and which will list the types of violations that you will need to avoid if you don’t want to appear before a disciplinary hearing with the LPN Board of Nursing. The law also includes information about the nursing titles that you can use in the jobs you do, the qualifications needed for a license and the scope of practice of the LPN.

What Are Boards Of Nursing?

Boards of Nursing are state governmental agencies that are responsible for the regulation of nursing practice. More than 100 years ago, state governments established boards of nursing to protect the public’s health and welfare by overseeing and ensuring the safe practice of nursing.

Boards of nursing achieve their mission because they always lay out the standards for safe nursing care, and once a license is issued, the Board of Nursing’s job is to continuously monitor licensees’ compliance to state laws, and to take action against nurses who have been involved in unsafe nursing practices.

Basically, what are the Duties of the Boards of Nursing?

Each state will have their own administrative responsibilities and each Board of Nursing reports to a state agency, governor of the state as well as another state official. Each Board has their own decision making powers.

Board structures and decision-making powers and authority are also unique for each board. Individuals who serve on a board of nursing are appointed to their position.

Duties Of These Boards Of Nursing

How Does The Board Of Nursing Expect LPNs To Behave?

As a licensed practical nurse, your behavior is expected to be professional, ethical and safe at all times. If your conduct is unsafe and incompetent which could be attributed to the fact that you are using drugs or alcohol, or you become mentally unstable for whatever reason and ignore all your nursing laws and rule, you can’t expect the LPN Board of Nursing not to take action, because you are putting the lives of your patients in jeopardy.

Medical malpractice occurs when a nurse fails to provide that reasonable standard of care as expected from the Nursing Board. You as an LPN nurse has a range of responsibilities, and failure to do any of them in the proper and ethical way will lead to charges for malpractice. The type of things that seem to be more common are the failure to monitor the patient’s vital signs, administering the wrong medications as well as errors made when performing any medical procedures.

It is unfortunate that there are many perfectly good and skilled nurses who get reported to the Nursing Board. For you as an LPN, it can get pretty expensive if you have to cover legal expenses out of your own pocket. As an LPN you should consider buying an insurance policy which will give you the means to afford legal counsel for when the matter goes to court. If you lose the lawsuit you will be liable to any damages awarded to the plaintiff.

Nurses Are Being Fingerprinted

The Board wants to promote quality registered nursing care in all the states, and to this end the Board insists on fingerprints to ensure nurses are safe, competent practitioners. If, as an LPN you have never been fingerprinted by the Board, you are required to do so when you activate an inactive licence or when you renew a licence. For not submitting your fingerprints to the Board, it will render your renewal application ineligible for renewal. On top of that, failure to submit fingerprints to the Department of Justice before the date required for renewal of your license will be regarded as grounds for discipline by the Board.

You can obtain a Request for Live Scan Service form from this website. To get hold of fingerprint cards you can also look this.

Who Are The Members Of The Nursing Board?

The LPN Board of Nursing always has appointed members whose duty it is to ensure that the registered nurses and LPNs licensed in that particular state comply with the rules and regulations of the Board to ensure an atmosphere of safe nursing care that is also effective for public protection. State law has rules regarding the membership, and members are made up of people who are licensed practical nurses, registered nurses, consumers as well as advanced practice registered nurses. Board members also meet often to oversee activities of the Board and to also take disciplinary action on nurse licenses when necessary. The members are entrusted with the legal responsibility to see that their rules and regulations are carried out. On top of that they are also do a lot of planning , taking in consideration the nurse, patient and the community.

LPNs Need To Conform To Right Code Of Behavior 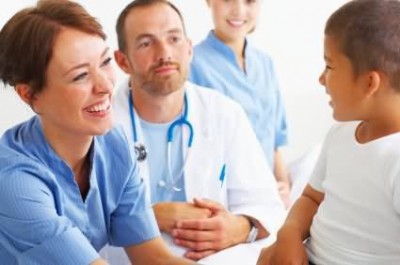 The LPN’s duty is to focus on their relationship with the patient and the LPN Board of Nursing has to ensure that nurses conform to the right code of behavior and adhere to what is laid down in their scope of practice, and to handle any violations of the Nursing Practice Act or Board. The practice of nursing and to use the term “Licensed Practical Nurse”within the different states requires licensure, and to be licensed as a registered professional nurse, you need to be 18, have met all education requirements and meet examination requirements. Applications for a license by exam can be obtained in writing or by emailing the Board of Nursing. Professional licenses are granted by each state, and as a LPN nurse you will be required to apply for a license in every state in which you practice. Information on nurse licensure can be seen at www.ncsbn.org. The LPN Board of Nursing will need to be notified of any address changes.

The National Council of State Boards of Nursing focuses on providing an organization through which all the different Boards of Nursing counsel together on matters of common interest which affect public health, as well as the development of licensing examinations in nursing.

When Complaints Are Handed In About Nursing Malpractices

The Board will first establish whether or not the information they have received does in fact violate existing laws that govern the nurse’s practice. Sometimes a complaint received does not provide enough information to even identify the nurse in question. The process which is used to act on a complaint varies because it depends on the seriousness of the allegations, particularly if there was harm done to the patient. Sometimes the investigation will require additional information from complainants as well as other documentation and interviews, which can mean that some of these investigations can take literally months to complete.

Boards Have Their Own Ways Of Intervening

LPN Boards of Nursing always take these complaint seriously and every Board has their own process of intervention for nurses who have been blamed for not practicing appropriately. Of course, these Boards can only take official action if they have enough evidence that you did in fact violated state laws or regulations. Each case is considered on its own merits, and the final decision will be based on their findings.

There are a number of complaints that manage to get resolved through informal processes, but in other instances a formal administrative hearing will be held. As an LPN your due process rights will be assured throughout the complaint review process and you will get your chance to respond and defend yourself against the allegations that have been made against you. You can be assured that each case against nurses is heard by an impartial decision-maker.

Board of Nursing Reporting

One thing that is not so nice for you as an LPN, is that the Board of Nursing’s actions are considered public information, and they have decided that the public needs to know about actions taken against a nurse’s license as well as actions that reinstate a nurse’s license. They make use of different ways to broadcast this news, and apart from newsletters and magazines, the Internet is also used. Of course, you can always check with your particular Board of Nursing about access to this information about the actions of the Board of Nursing. On top of that, federal law also requires that this type of action taken against medical professional’s license be reported to federal data banks, and they keep in store information about health care providers in the United States.

Could You Lose Your License Then?

Boards of Nursing are there to protect the public and to also be fair in all aspects, and to this end they make use of a variety of actions which they base on the seriousness of the violation. They take into account the risk of harm, any aggravating circumstances as well as corrective action which may already have been taken. In some states they have what is known as an ‘Alternative to Discipline Program’, and this is specifically for nurses with a drug or alcohol problem. The programs promote treatment and the Board will also monitor the nurse when he or she returns to work. Some states have also begun to implement alternative programs for nurses who have had complaints. For nurses who are willing to work with the Board, these programs provide a worthy alternative to disciplinary action.

As an LPN you wouldn’t like to know that the nursing schools you have attended or are going to attend are not governed by any regulatory agencies. An LPN Nursing Board is there to ensure the safety of the patients. A college that is accredited by the Nursing Board will meet the requirements needed to operate and to also have students graduating who have all the knowledge and skills to practice their nursing with professionalism and integrity with the well-being of the patient as their top priority. We can all be glad that there is a Nursing Board because they are the people who not only regulate the licensure of nursing personnel, and deal with all complaints, but they make sure nurses only perform what is in their scope of practice. It is in the best interests of every LPN nurse to adhere to the laws presented by the state and the Nursing Board in that state if they want to make a success of their nursing career.

LPN Board Of Nursing Ensures Public Enjoys Nursing Of Integrity

Investing In Your Future With Medical Assistant Grants

Take Pride In Your CNA Uniforms

When You Are Training To Become A Social Worker

Where And How To Find Accredited LPN Programs

RN Scope Of Practice Improves The Health Outcome Of Consumers