One of the most common concerns of anyone considering changing careers is the salary-scale for that particular profession. This is no different when it comes to social worker salaries, even though most social workers d not join the profession to become millionaires.

There are also two very distinctly different occupations within the social worker sphere; Healthcare Social Workers and what we will refer to as “All other” for purposes of this article. There is not much opportunity for social workers to earn overtime pay, so all the figures mentioned in this article will be medians for base pay only.

According to a study done by the National Association of Social Workers, the highest medians for base pay in the US are District of Columbia, California, New York, Hawaii, and Nevada.

The Metropolitan areas with the highest hourly mean wage overall are:

It is important to remember, though, that there are various other factors that affect the social worker salaries in metropolitan areas, including what your qualifications are and any advanced training that you may have done, whether you are working for the government or in private practice, the location of the practice in which you are employed, what certification and licensing you hold, the location of your employer, your years of experience, your specialty or field of concentration, and your experience, including the amount of clinical versus non-clinical training that you have done.

The entry-level position for social workers requires a bachelor’s degree, and the salary at this level is not that much. The salary rises quite dramatically with experience and further study though and is a profession in which there is a vast range of opportunities for diversifying and advancement. Many social workers go on to earn their doctorates and go into research or teaching positions.

The average social worker salaries in metropolitan areas are:

This can be further split into the various types of social work categories to enable you to get a more overall insight:

As is clearly shown from the above, the social worker salaries can differ quite a bit depending on which specialty you choose to do, and range from around $33,000 to a nice $76,000 at the top end of the scale.

As is also made patently clear by the above information, the level of pay depends largely on the specialty, and as can be seen, aged care is a top priority, due to the fact that it is now a booming industry with all of the baby boomers now reaching senior citizen status and the need for assistance. Drug rehabilitation is relatively low on the scale of priorities, but educational facilities are high and pay some of the best rates for social workers. Non-governmental organizations are sometimes the most in need of the services of a social worker, but pay lower wages overall due to a lack of funding. 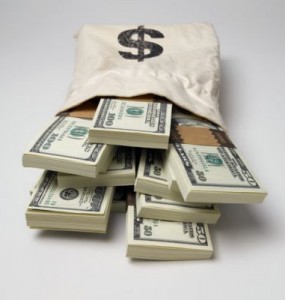 It does not really seem to matter from where one graduated, and those with qualifications from smaller second or third-tier colleges are just as apt to find employment as those who graduated from Ivy League colleges. Social worker salaries in metropolitan areas are also not affected by one’s alma mater.

By the same token, specializing in a certain field can be a hindrance or an asset, and one should be very careful and weigh up all the odds before making a decision to specialize. That being said, there is a few thousand dollars difference in pay for those who are specialized and licensed for something like providing chemical dependency treatment and those who are certified in the areas of school social work and independent practice/ACSW.

As previously mentioned, experience plays a big part in the social worker salaries in metropolitan areas, and the average salary figures in terms of experience are:

Social workers are employed in a number of settings, including in public health, clinics, hospitals, and social services departments, and according to the US Government Bureau of Labor Statistics, there are approximately 122,000 mental health and substance abuse social workers currently employed in theUS. Most of these are employed by state, federal or national government.

As previously mentioned, social worker salaries in metropolitan areas differ somewhat, with some offering higher salaries. For some idea of which areas have the highest employment levels and pay more:

It is not always possible to choose the metropolitan area in which you work, or to find employment in the area in which you would like to work. If salary is important to you then it may pay you to consider which states offer the best social worker salaries and they are:

It may also be worth your while to look into the hourly rates of social worker salaries in metropolitan areas. In Maryland you could expect to earn an hourly wage of somewhere in the region of $30.74, and in New Mexico it would be $21.60. Montana State will pay you $18.654 per hour and Oregon hands over somewhere in the area of $21.50 whilst in New York you will be paid approximately $27.53 per hour. Bear in mind that these are the average hourly rates, and there are various factors that would play a part in you earning less or more per hour, including experience and in which sector you work.

That being said, the states that generally pay the highest hourly wages are:

When it comes to social worker salaries in metropolitan areas, the government is generally the highest paying, although this may change as an individual builds up experience and specializes in a certain type of social work. Further studies and higher qualifications also play a big part in bigger salaries.

The above are the figures for the “all other” section of social workers. In the healthcare section they look like this: Other Professional, Scientific, and Technical Services pays $32.68 hourly and $67,970 annually; Scientific Research and Development Services pay $28.99 hourly and $60,300 per year. Specialty hospitals, except for Psychiatric and Substance Abuse institutions, pay in the region of $28.55 per hour and $59,380 per annum. Employment Services will net you $27.16 per hour and $56,490 per annum. General Medical and Surgical Hospitals pay their social workers about $26.95 hourly and $56,060 yearly.

The most popular industries in which social workers choose to work are also generally those industries which have the highest levels of employment, and also where the services are needed the most.

Herewith the industries and the social worker salaries in metropolitan areas for the Healthcare and other industries with the highest concentration of employment:

Some of the most popular employers in the social work sector are:

Hopefully this article has given you more of an idea of the vastness of the social work industry and also an idea of the average social worker salaries in metropolitan areas that will enable you to make an informed decision as to which section of social work you like and where you would like to work.

What You Need To Know About The Nurse Aide Registry

Medical Assistant Scope Of Practice Varies In Every State