Becoming a social worker is not an easy decision. Some people fall into the job and start earning based on their work and life experience, while others study for years for a chance to help families and communities work and prosper. A social worker has a very important job to do, since they are the ones that drive individuals in a certain state to achieve more than they previously have. Of course, the salary should reflect this, but often it does not.

A social worker’s salary is dependent on many things from their level of education to the amount of experience they have in the job. The type of position they choose also influences the salary, since working in a private clinic will pay more than working for the government. Private companies and governments hire social workers to take up important positions because of their people skills and their ability to motivate others. There is a lot of demand for these workers all over the world, since they have such an important role to fill and they are often found working not just in hospitals or in government facilities, but also in police departments, charities, courts and many others. To become a social worker, you need to be compassionate and have a real drive for helping people. 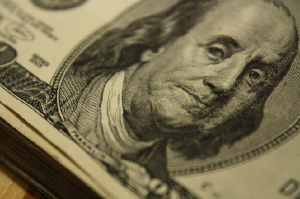 A social worker, in general terms, will earn between $43 000 and $60 000 a year, depending on where they work. This amount covers their ability to help anyone from families, to pregnant teens, to people who need the help of the government in getting benefits. In many cases, they will be called upon to remove children from situations of abuse, or to help families in need.

What It Takes To Get The Salary

A social worker’s education is one of the keys to him or her getting a better salary, and as such, it is vital to know what to study and for how long. A social worker usually needs a Bachelor of Science, though some positions may require more education. Some private companies will not hire a social worker unless they have a Masters degree. Of course, this is not the only influencing factor. Some of the factors that do influence salary include:

The salaries of social workers in all of the states have definitely increased year on year, but they are still comparatively low when compared to some of the salaries in this field. Of course, this is based not just on the individual, but also on the state in which they live. If there are a lot of opportunities for social workers in a particular state, they will be better paid because of the law of supply and demand. This law states that when there is high demand and low supply, the price is driven up, and this is very much the case with social workers.

Some of the general state salaries include:

All of the salaries mentioned above come to a yearly average of just $41 800, which is not very high. It is easy to see then that when one becomes a social worker, either intentionally or not, the pay is not the main motivator. What then are some of the other benefits of this career choice?

Well for one, many state benefits are included in this amount, including medical and dental. Some social workers will be privy to bonuses on a yearly basis, especially if they work for private organisations. Some may even receive a government car to do their work in, or have their phone bills or petrol paid for.

At the end of the day, the amount of money you make as a social worker is dependent on your education and experience, as well as your negotiation skills. Even at the top of your game, the money is not great, which is why there is such a desperate shortage of social workers in the system. Many of them see this job as an easy way to earn money, but it should not be perceived this way. Becoming a social worker is not easy, and the work involved is both time consuming and emotionally consuming, and as such, the job requires a candidate who really cares about their community and the individuals within it.

Deciding to become a social worker is not a decision to be taken lightly. Because a high salary is not the major motivator for becoming a social worker, the motivation needs to come from those who wish to help their community and the world. This is fulfilling work, but it also can be emotionally draining, especially in those situations that involve children or abuse.

So why would anyone choose to become a social worker when the salaries are so low? Well, when people choose to become social workers, they do it not for the salary but for the job satisfaction. This is something that many people do not have in their jobs and is a major motivating factor in this instance. Of course, even an entry level social worker knows that to make more money, they will have to get more qualifications and more experience. For some, it may be tempting to move to the states that pay more such as Connecticut, but they should know that even this state will pay less for those candidates who are from out of state and hold out of state qualifications. The best way to make money in this field is to stick out the job and keep developing as a social worker and a human being.

The Life Of A Podiatric Medical Assistant

LPN Financial Aid Comes From A Variety Of Sources

About The Wilderness EMT Profession

How To Become A Neonatal Nurse (NICU)

Important Information You Need To Know About RN Schools

Pharmacy Technician Scope Of Practice Different In Each State