An important part of every job is the salary. This is actually quite an unfortunate state of affairs, but in this day and age it is not sufficient to do something simply because you love it, but also because you need to feed yourself and your family. Considering the salary of a social worker then is a very important first step in deciding whether or not this is a feasible career path for you.

As you can see it depends heavily on the exact line of work you are planning to pursue as a social worker. You can also see that even on the upper limit of the scale, the pay is not that high. However, this is something you are going to have to deal with if you decide to become a social worker.

Industries with the highest level of employment:

Industries with the highest level of employment:

Industries with the highest levels of employment:

Social Workers Salary, All Other

Industries with the highest levels of employment:

It is well-known fact that social workers receive a rather low salary comparatively speaking. This is unfortunate, especially considering the essential work that they do. The service that a social worker provides is an essential one in many areas, and is the glue that holds societies together. However, when it comes to social worker pay, social workers tend to be short-changed. 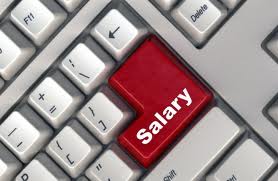 Luckily in most cases people aren’t in it for the social worker salary, but rather for the inherent rewards that come with doing a job such as this one. However it has been found in several studies that it is not only the social worker that suffers in this situation, but also the client. Lower pay means lower motivation and less devotion to Excellency, at least for most people, and this in turn results in poor quality service being given to the clients in the care of the social worker.

It is a known fact that some very basic professions, such as meter reading, render higher salaries than those paid to social workers. Some people see this as a reflection of how social workers are valued. In short, they are valued very poorly. When it comes to social worker salaries a change in mind-set is desperately needed if the industry is to advance. There have been practically no increases in pay for social workers over the years, and no one really expects there to be any in the future.

There is, consequently, a very low growth in the industry, something to keep in mind if you are looking to begin a career in the social work industry. Fewer and fewer people are choosing this vocation every year, meaning that the profession may well die out. Unless a change in attitude is effected as soon as possible, then this country may find itself in a very difficult situation. In general people do not realize how important the emotional and social well-being of an individual is. They look at the physical comfort and health of a person without taking these equally crucial concepts into account. Consequently people who work to serve this aspect of the country’s well-being are shoved to one side and devalued, making it a difficult profession in which to continue.

One of the reasons for this maladaptive attitude towards social workers is the erroneous belief that this type of work can be done by anyone, that it doesn’t require any special skills or qualifications. This is something every social worker knows to be wrong. This is a profession that requires training and a very specific personality type, and the average social worker salary should reflect this fact sufficiently.

Basically, even though there have been some salary increases, they are not in line with what other health care professionals, such as nurses, are receiving. They are simply related to cost of living, but are not keeping up with the overall inflation rate. Basically things are only getting worse with each passing year, with no sign that anyone is trying to do anything to remedy the situation.

Salaries do vary according to the exact work you as a social worker as well as according to the region in which you work. For one thing, many social workers work for church related agencies, or other practically non-profit organizations, which leaves them in a bad position. This is because such agencies simply do not have the resources to devote to the profession. This once again ties in with the fact that it is not the social worker salary that is the aim of being a social worker, but rather the work itself.

It follows from the above statement that if you wish to earn the highest possible amount as a social worker, you should avoid church-like organizations and focus more on positions in industries, universities, the private sector, and businesses. This however may not always be in line with what your personal intentions as a social worker are, and consequently you may prefer to work in a lower paying job. However, the fact remains that overall there is no infrastructure in place to ensure that social workers are paid adequately.

Even if you have a private practice, usually considered the best paying area to be in as social worker, you will still find that other costs, such as insurance, will take a huge bite out of your earnings, making it difficult to keep afloat. Although this is still a very real option as a social worker, having your own private practice or working for yourself is not as great as it is made out to be.

Another very salient issue related to the issue of the average social worker salary you can be expected to earn is that of gender. Despite a large number of efforts in this area, it still appears that men, who make up a smaller percentage of the social working arena than women, still get higher salaries. They are also far more likely to make it into the superior positions of power and to be hired in the larger and more successful agencies. This inequity is unfortunate, but is also not surprising for this day and age. Despite efforts by many people in many industries, the average salaries of men remain higher than that of women in the same social worker jobs opportunities with the same qualifications. This is another way of thinking that needs to change if we wish to improve the situation related the salaries received by social workers.

Unfortunately there are a large number of individuals with lower qualifications than social workers who are nevertheless hired for the jobs which are meant to be reserved for social workers. The result of this is an unfortunate perpetuation of the situation in that the average salary paid to social workers is not going to increase as long as there are less qualified individuals out there who are willing to work for less money.

Usually wages are increased in situations where there is a shortage of people who can fulfill the position. This is unlikely to happen considering the high number of people who meet the bare minimum requirements to do a social workers job. However, considering that more and more people are deciding to leave the social work industry, this may mean that the shortage required to stimulate a salary increase may eventuate in the future. However, it would be a pity if we have to wait for this situation to take place before anyone took it upon themselves to initiate and increase in the average salary that a social worker receives. 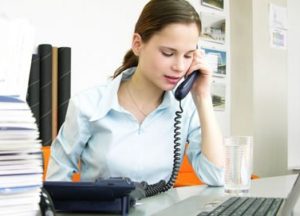 Even social workers who are dedicated to their job and love it have trouble with the poor social worker salary that they receive. As a result, they have other jobs. This means that their attention is not limited solely to their job as a social worker, but is instead divided among two or more jobs. They also may be overtired and overworked because of this situation. Unfortunately, however, considering the low salaries that social workers receive, many of them have no choice but to put themselves in these situations.

The social system needs to be stable. Children and other people helped by social workers need stability, but under current conditions, stability is simply not available. Low salaries affect everyone, not simply those working as social workers.

Although the above information may have put you off the entire social worker experience, it is important to note that there are many people who simply do not share these views, as well as several facts to back up their optimism. Generally speaking, social work is considered to be an industry that is growing faster than other industries, which means that job stability is practically guaranteed.

The basic duties of a social worker are as follows:

There are a few different areas that you may be able to work in as a social worker. The most common areas are the following:

There are many doors open to you as a social worker. You will be able to help many different people in a variety of situations. Social work is very rewarding, and people who choose this line of work choose it as a vocation. They choose it because they love it. The key question that you have to consider before deciding on a career as a social worker is whether or not you have the drive necessary to get the job done. There is no possibility for you to be in it for the money. The social worker salary you will receive cannot be the basis of your choice of career.

What You Can Expect To Earn As A Social Worker

Studying To Be A Pharmacy Technician Online

With The EMT Vs Paramedic Debate, It’s About The Length Of The Training

Comparing LPN Vs RN – What Are The Differences?

All The Details You Need For The Pharmacy Technician Test

Scope Of Practice For A Certified Nursing Assistant