Where You Work Does Matter

The range of a physical therapist’s salary can go anything from $53 000 to over $100 000. The best paid physical therapists usually are found in metropolitan areas in physician’s offices and hospitals. This would be a good place to start looking for work or to set up your own practice.

Knowing in which area you will be working will help you to determine how much you will be earning as a physical therapist. Working in Metropolitan areas will earn you a higher salary than when you are helping out in the smaller towns. It is true that the services of a physical therapist may be needed more in a small town because not just everyone would want to work in a small town, but there are only so many patients to see before there are more therapists than patients. 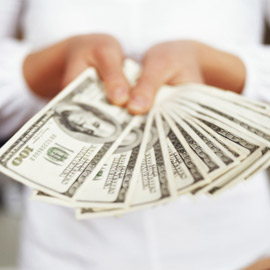 In a metropolitan area, there are more people and thus there is an even greater need for more therapists than in small towns. As it becomes more difficult for students to find work when they have just graduated it becomes necessary to do some research first about where to work before you graduate so that by the time you have finished your course, you can move or so that you can transfer to a school in the area where you will be working after graduation to make the transition easier.

The Top Metropolitan Areas To Work In For Physical Therapists

According to the salaries that the therapists can earn it has been found that the following metropolitan areas offer the best salaries for physical therapists:

The Salaries That Can Be Earned In Metropolitan Areas

In Allen, Aubrey, Carrollton, Cedar Hill, Celina, Coppell, Dallas, Denton, Desoto, Fort Worth and Irving, the average salary expectancy of a physical therapist is around $72546.

In Randallstown, Annapolis, Crofton, Severna Park, Pasadena, Aberdeen, Odenton, Brooklyn, Ellicott City and Edgewood the average salary ranges at about $73 583 although the cost of living in these areas may be a bit higher than in the Dallas area.

Brecksville, Broadview Heights, Brunswick, Chippewa Lake, Cleveland, Geneva, Independence, Oberlin, Seville, Sheffield Lake and Willoughby offer salaries of around $72517 with a lower cost of living to look forward to which means the salary will go a longer way.

In the Chicago area you will find Brookfield, Buffalo Grove, Carol Stream, Channahon, Chicago, Elgin, Elk Grove Village, Elmhurst, Woodstock, Worth and Zion which has a higher salary expectancy which is on average $77730. Although the salary may look more attractive, you would also have to take the higher cost of living into consideration when applying for work in this area. The unemployment rate of these areas may also play a part in whether you will be able to get a job here.

This area may not attract a lot of physical therapists because of the high cost of living and the low earning potential. The rate of unemployment in these areas is quite low so you may have a better chance of employment in the areas of Alexandria, Bethesda, Clarksburg, Fairfax, Fort Myer, Fredericksburg, Haymarket, Langley Park, Lanham, mason neck, Mc Lean, Owings, Oxon Hill, Springfield, Paris, Reston, Riverdale, Riverton, and Waldorf. The average salary I this area is around $77602.

In the Boston area a physical therapist can expect to earn around $81000 the cost of living is a little higher than some of the other areas, but the high earning rate makes up for it in many ways.

In these metropolitan areas, you can expect to earn about $71 000 for your physical therapy services.

In this metropolitan area a physical therapist can earn around $70 000. This salary is still well above the average for any other medical profession and the cost of living in this area is not as high which will help stretch your dollars out even more.

These are some of the best areas to work in, but there are other gems in between that can boost your earning potential even more. Some physical therapists in the state of Texas earn over $100 000.

McAllan in Texas boasts physical therapists that earn around $120 000 which is nearly $50 000 more than other medical professions.

Where You Stay Can Make a Difference in Your Earnings

With the cost of living rising ever higher each year it is difficult to keep up with payments and when you are staying in a large city, it may be even worse with the cost of housing shooting up so high that a lot of consumers have had to sell their homes. The problem is, however, that the metropolitan areas, no matter how expensive, contain most of the employers and the highest salaries.
To make the situation work for you, should you wish to work in these areas, you can have a look at the area where you will be working and how much the accommodation close to your place of work will cost you per month. Living close to work can save on a lot of transport costs, but the salary and the cost of the accommodation would have to validate this choice.

On the other side of the situation, you can see where the affordable accommodation is in relation to your workplace and then how much your transportation will cost you to work and back. There is also the choice to make between using own transport or public transport and which would work out more cost effectively.

It doesn’t help if you have a high salary but you live in such a high cost area that you cannot afford the basics.

Getting Paid What You Are Worth

As indicated, the area in which you choose to work has a major impact on what your salary as a physical therapist. Living in a metropolitan area does not only mean that your salary is higher, but it also means that there is more potential for business. People in metropolitan areas live busy and active lives. These people have the stresses of their daily working and home lives and they are also trying to make ends meet. There are more people getting injured because of the lives they lead and thus there is more business for a physical therapist. The more patients the practice sees, the more they will be able to pay those who work there. For this reason, physical therapists are paid higher in metropolitan areas than in small towns.

The amount that a physical therapist can charge a patient has to still comply with the relevant legislation and should fall within the scope of the rest of the market. The fee that the physical therapists charge their patients can have an impact on the salaries that are paid as well.

All About The Social Worker Certification Exam

Getting Help Through CNA Financial Aid

How To Write The Perfect EMT Cover Letter

Board Of RN Set The Standards For The Nursing Practice

Starting Your Career As An Optometric Medical Assistant